Forced to create a second Grand Final day entertainment package at short notice, the VFL were willing to explore new options, choosing to abandon the traditional half-time entertainment in favour of a one-mile foot race between league footballers.  The mile race proved a success, generating enough public and media interest for the event to be held again at half-time of the 1978 Grand Final.

In 1979 the format was altered to a 100-metre sprint and this quickly developed into a key part of Grand Final day. Many fans still fondly remember Geoff Ablett, a.k.a. "The Fastest Man in Football", not for his efforts in the big match but for his near-annual domination of the half-time sprint. The race was replaced in 1986 by the Foster's Grand Final Entertainment Spectacular, which featured flag-waving and dancing. The response to this was lukewarm at best and the sprint was resurrected in 1987, only to make way the following season for a half-time dance spectacular.

The league continued to trial other forms of entertainment at half-time of the Grand Final and it wasn't until 2002 that the sprint made a popular return. During the 1977–1987 era, participation was optional for clubs playing in the Grand Final, with most choosing not to take part. However, since 2002 all clubs are required to participate, with the Grand Finalists usually represented by a fringe player not selected for the match. 2015 saw the introduction of non-league representatives for the first time, either as a sponsor competition winner or local club footballer.

In the video of the 1985 race, Geoff Ablett is initially declared the winner by the commentary team but in replays it appears Geelong's Michael Kol may have stolen the race with a lunge at the line. The footage ends before the official result is announced. In an interview with the Sunday Press newspaper [29-9-1985], Ablett confirms that he held on to win by the barest of margins, reversing the 1984 result when he had been pipped at the post by Essendon's Doug Cox.
​

Many sources list Majak Daw as finishing 2nd and Jed Bews 3rd. However, video of the race shows Daw easing up about three metres short of the finish after James Shirley breaks away for an unassailable lead. As Daw slows down, Bews makes a final burst, just passing him on the line for 2nd place. 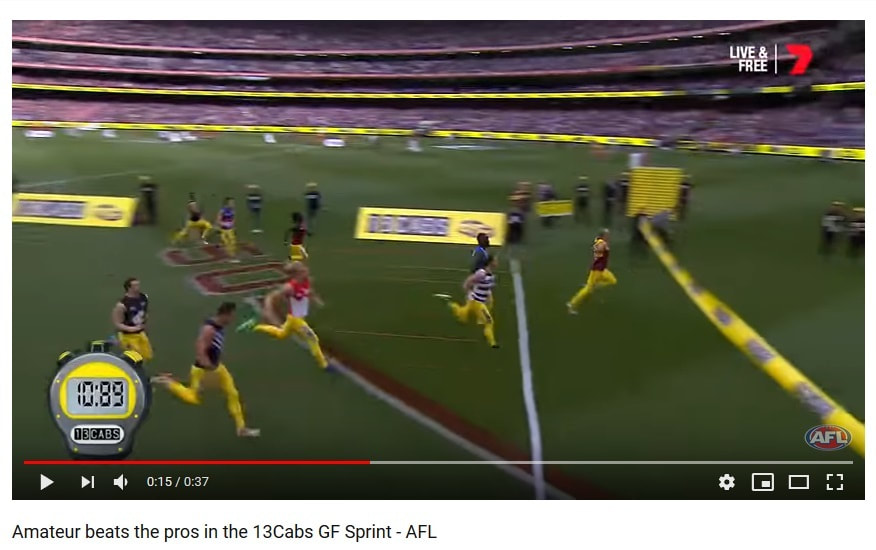 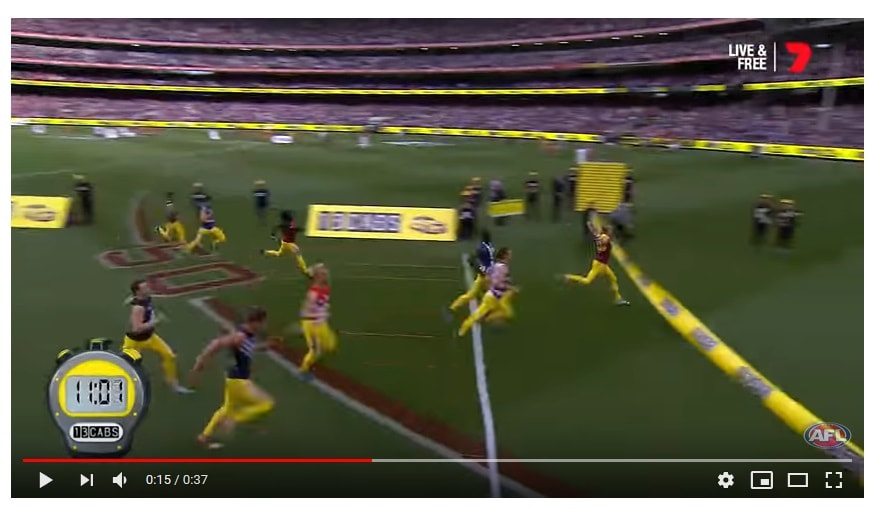 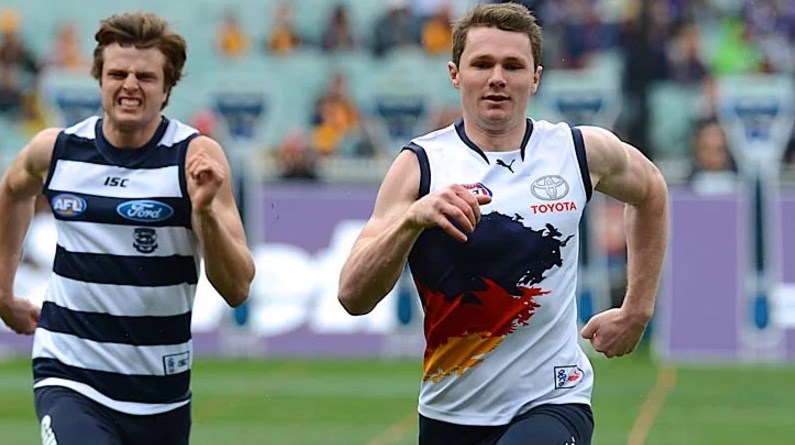 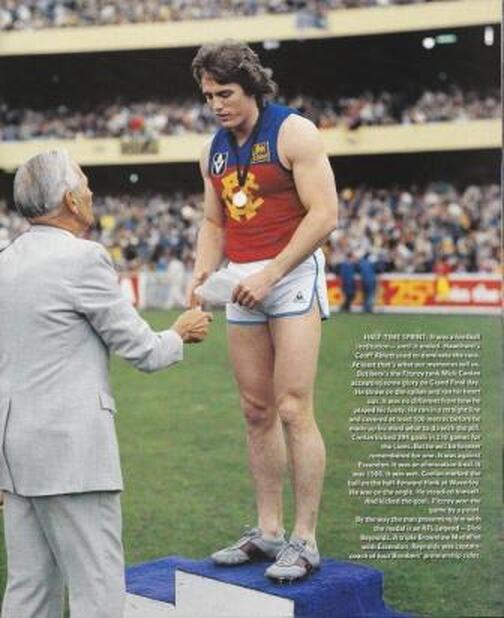 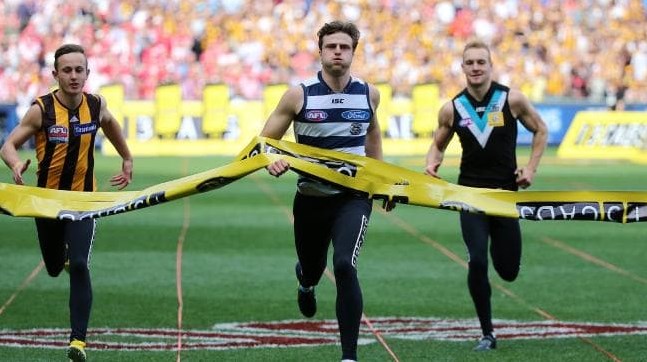 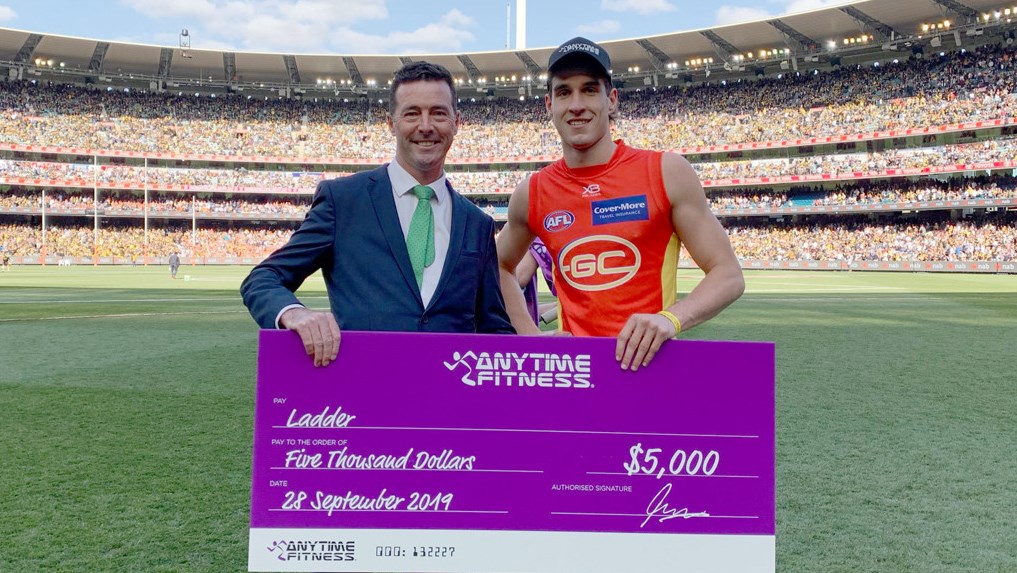 Ben King receives the winner's cheque after the 2019 AFL Grand Final Sprint (afl.com.au)
GREATER WESTERN SYDNEY
HAWTHORN
*1982 - reigning champion Geoff Ablett was a late scratching due to a groin injury (Sunday Press 26-9-1982). It is not known if he was replaced by another Hawthorn player or if the sprint was held minus one runner.

*2007 - Brent Guerra was originally named as Hawthorn's representative but was replaced by Clinton Young.

*2015 - Angus Litherland was originally Hawthorn's representative but withdrew after being named as an emergency for their Grand Final team.

Geoff Ablett wins the 1980 VFL Grand Final Sprint (VFL Annual Report)
MELBOURNE
*2011 - Sam Blease was the Demons' representative but did not appear for his race due to a family function! The heat went ahead without a replacement runner from the Demons.
[our thanks to Adam from DemonBlog and DemonWiki for digging this info out of the twitter archives and sending it through]
NORTH MELBOURNE 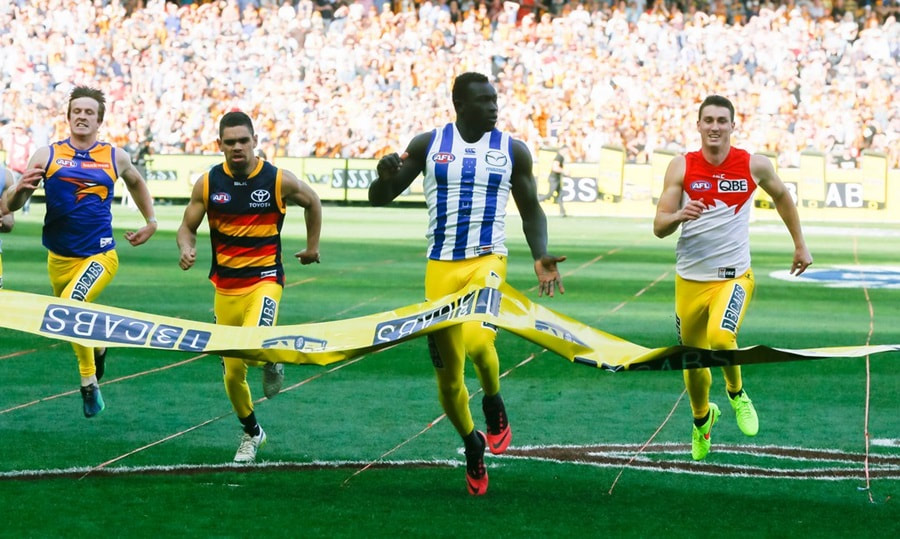