In 1993 the VFA played their inaugural pre-season competition, a format that had been successfully adopted by the AFL and a number of state leagues across Australia. The series ran for three seasons and the 1995 competition was radically restructured due to the reduced number of teams in the VFA that season.

The pre-season series did not survive beyond 1995 when a restructure of the VFA led to the VSFL assuming control and renaming it the VFL.

A twelve team competition meant only six winning teams would advance to the second round, two short of the numbers needed for a quarter final round. To counter this a "lucky loser" system was applied, which allowed the two teams with the lowest losing margin to join the winning teams in the quarter finals. Preston (lost by 14) and Springvale (lost by 20) were the beneficiaries of this system. 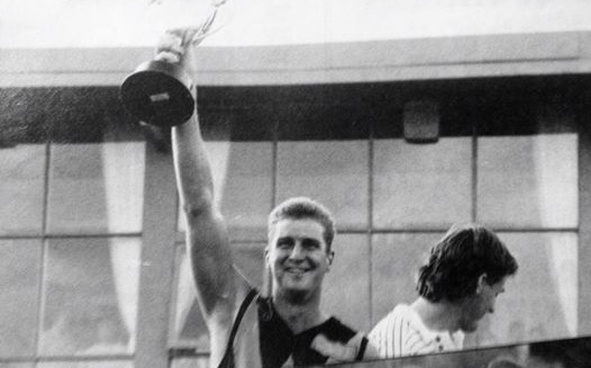 As with the 1993 competition, two losing teams from the first round advanced to the quarter final stage. However, it remains unclear how those teams were chosen. Preston had the lowest losing margin in the first round (4 points) so if a "lucky loser" system was used the other team to advance should have been Port Melbourne (lost by 5 points) yet it was Box Hill that advanced despite losing by 35 points.

If the teams to advance were chosen based on the previous season's ladder positions, Preston was the lowest-ranked losing team (10th) followed by Dandenong (8th) - on this basis Box Hill (6th) again should not have progressed to the next round.

Following the 1994 season Dandenong, Oakleigh and Prahran all departed the VFA, leaving just nine clubs in the competition. This required the Association to adopt a new format for the pre-season tournament. The 9 teams were now split into three groups of three, with each group playing a round robin during the preliminary stages. The four highest-ranked teams then contested the semi-finals with the two winners advancing to the Grand Final.

ACKNOWLEDGEMENT – the match results shown above were supplied by James Hothersall. His research is reproduced here with thanks.
VFA Non-Premiership Matches