1884 vs NSW
At least two players, including inaugural Queensland captain, Jack Gibson, wore the QFA jumper at left but the majority of the team wore the black and red uniforms of the Brisbane Football Club for this match. The uniforms were consistent but the Queensland players "donned every conceivable shape and colour of head-gear, from brown, white, and black 'wideawakes'* to yellow and green caps. This quite spoilt their appearance in the eyes of the spectators, and was very unfavourably commented upon." [Queensland Times, Ipswich Herald and General Advertiser, 21-8-1884, p.5]

For the 1886 tour of New South Wales the entire QFA team wore the uniforms of the Brisbane Football Club.

Melbourne toured Queensland in June 1888 and the Queensland representative team wore new white uniforms with red hoops for the occasion.

1904 vs NSW / 1906-1907 vs NSW
The re-birth of Australian football in Queensland in 1903 resulted in the formation of the Queensland Football League (QFL) and the resumption of annual interstate matches against New South Wales.

1904 - the first Queensland sporting team to wear maroon jerseys were the colony's rugby union team of 1895. The QFL's representative team of 1904 were the first Australian football team to follow suit.
1905 - the Courier Mail is the first paper to refer to the QFL State team as the "maroons".
1906-07 - the navy blue knicks were replaced by white; forming the classic Queensland colour combination of maroon and white that is still worn today.

For Queensland, this was the first time the "Q" appeared on the state jumper and was the first use of knee-length shorts (replacing the traditional knickerbockers that had been in use since the 1800s). 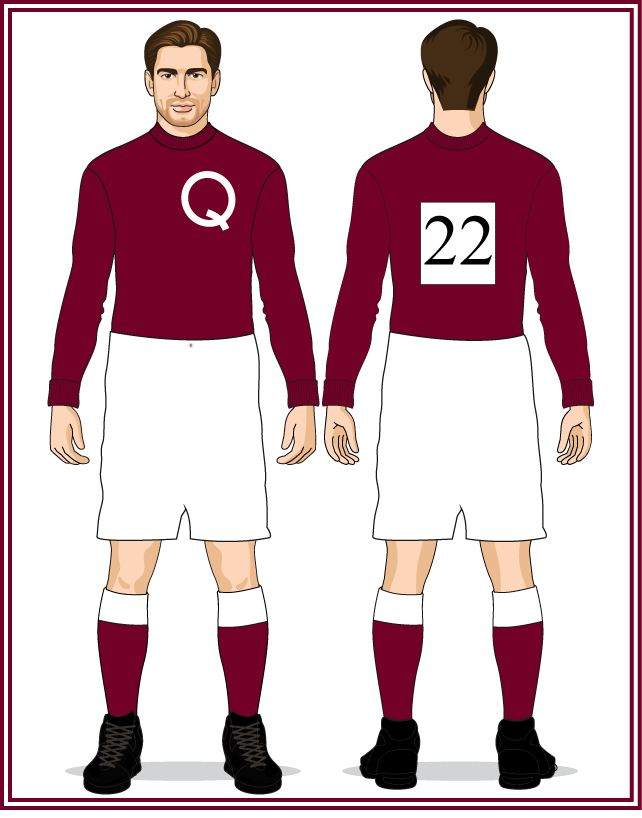