2005 - the number font changed from the traditional footy font.
2006 - "Be active" added above the SANFL logo (this slogan was part of an SA State Government health initiative). 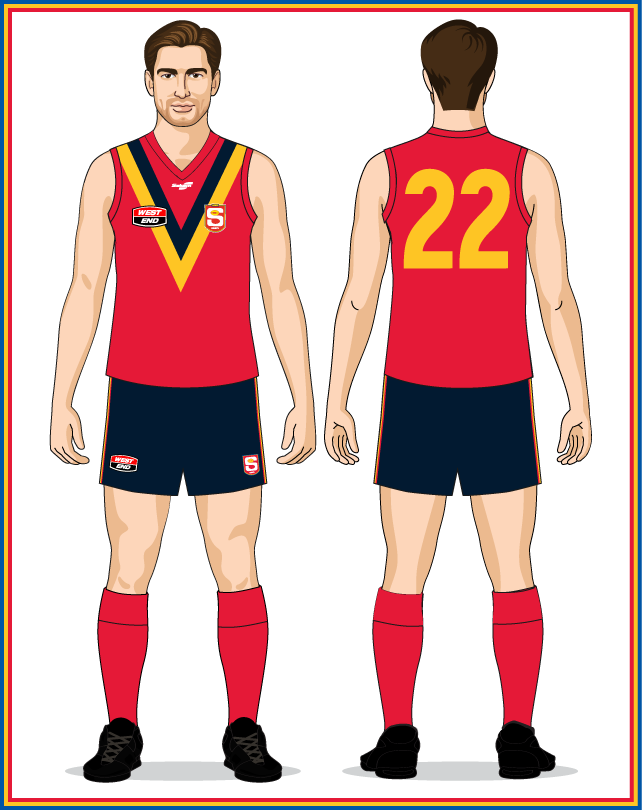 - navy blue worn for the first time since 1978.
- vees much deeper on the jumper than previous seasons (the only seasons with comparable depth were 1996-97).
- Sekem logo moved from the vees to just below the neck.
- West End logo added to the shorts.
- SANFL logo on the shorts became noticeably larger. 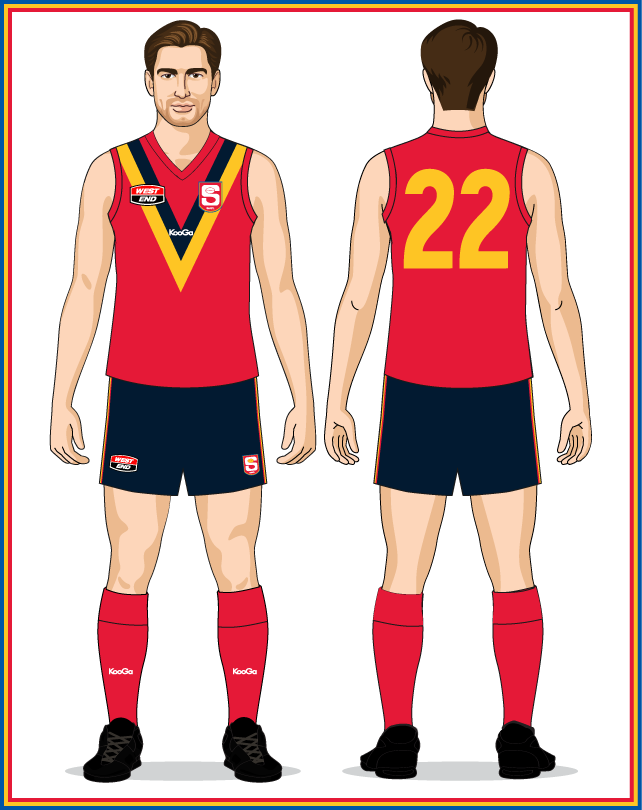 KooGa replaced Sekem as the apparel sponsor and their logo was added to the front of the socks and the vees. 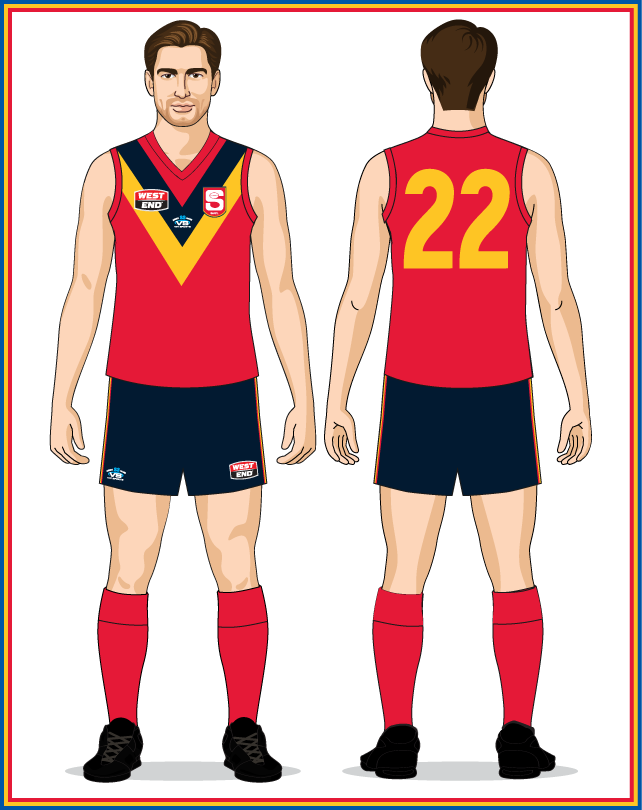 - vees became much thicker than at any stage since the 1950s.
- Andrew McLeod/VS VIV Sports replaced KooGa as apparel sponsor and their logo was added to the jumper front and shorts.
- a third version of the West End Logo was worn (previous versions were worn 1990-2000 and 2001-2009)
- West End logo moved to opposite side of the shorts. 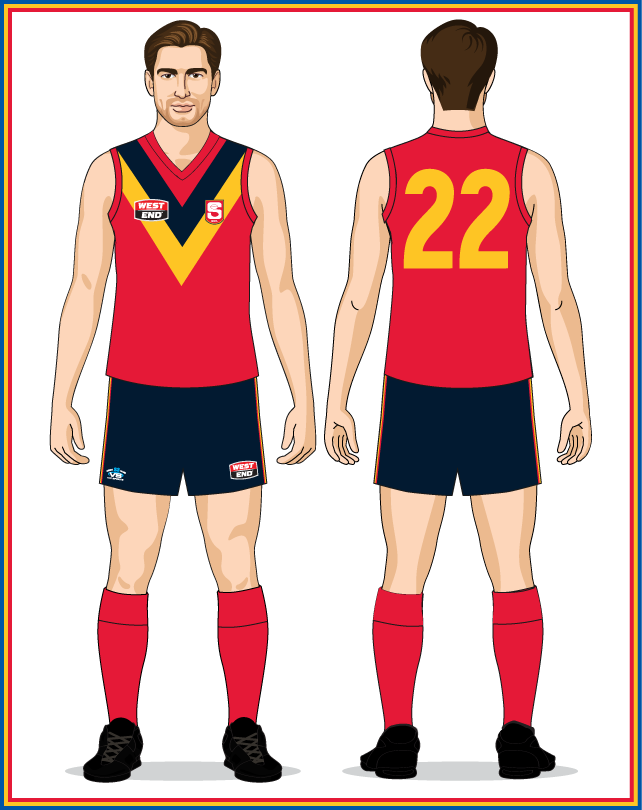 - BLK replaced Andrew McLeod/VS VIV Sports as apparel sponsor and their logo appeared on the shorts.
- change of apparel sponsor resulted in a different jumper template and neck design.