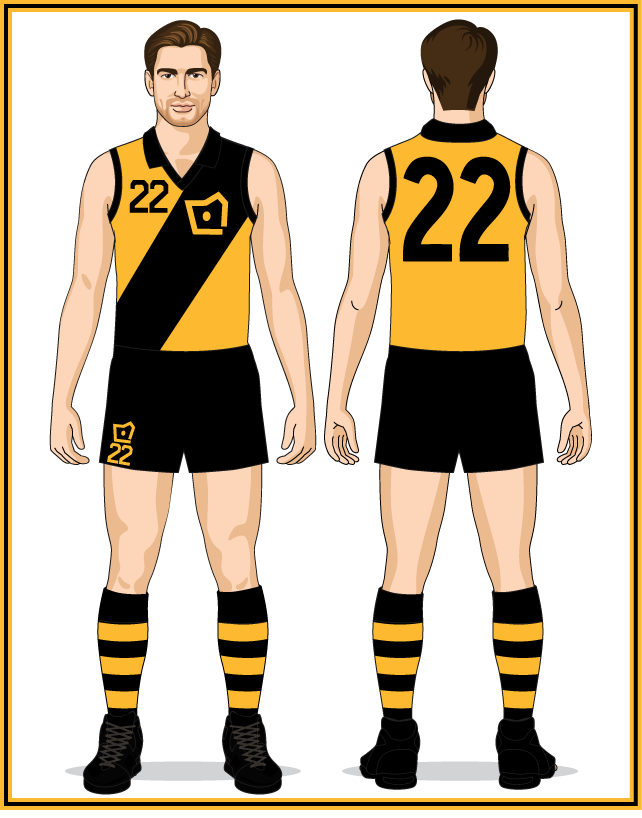 For years star-studded Victorian sides had dominated interstate football, inflicting increasingly-heavy defeats on their traditional rivals. Aiding this domination was the fact these Victorian teams contained many of the best footballers from Western Australia, South Australia and Tasmania, all of whom had been lured to the VFL by the chance to earn big dollars on the biggest footballing-stage in the country.

For the Western Australians, salt was rubbed into their wounds by watching local champions such as Polly Farmer, Barry Cable and Wayne Richardson return to Subiaco Oval and star... for the Big V.

In October 1977 the inaugural State of Origin match was held at Subiaco Oval and immediately reversed the balance of power. The Western Australians, having lost their three previous matches against Victoria by margins of 81, 57 and 64 points, now took to the field with their best home-grown players and utterly destroyed the Vics; winning by an unprecedented margin of 94 points.

The various vees worn since 1958 were replaced by a sash, the first to be worn on a WA State jumper, and a new logo featuring an outline of the State of Western Australia was added to the front of the jumper. Patches were also worn on the shorts for the first time.

White had been the official shorts colour for Western Australian State teams since 1908, with black shorts only worn as an alternate uniform against Victoria. However, the historic 1977 State of Origin victory sparked the transition to black shorts being adopted for all interstate games.

In 1978 the plain, white shorts continued to be part of the official WA uniform, but the black shorts worn against Victoria featured the extra trimmings of gold numbers and the gold map of WA logo. 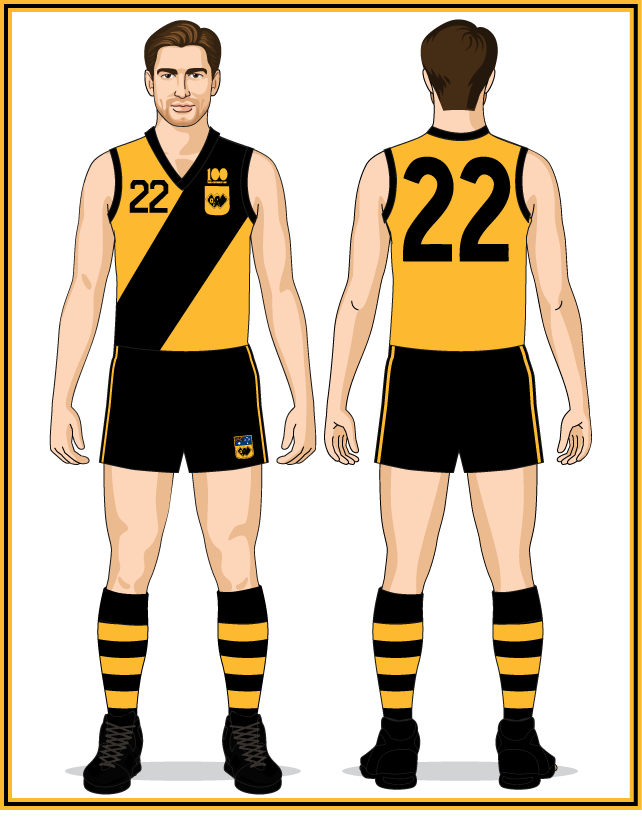 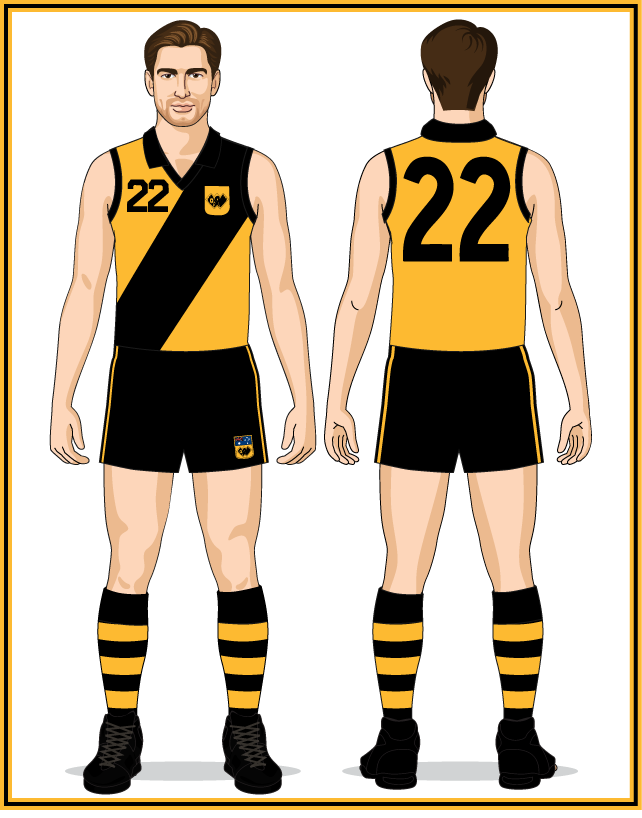 The above design was worn at the 1988 Bi-Centennial Carnival, played pre-season in Adelaide. This was the first of three official uniforms worn in 1988.

1988 (May) WA vs South Australia
- SGIO sponsor patch added to the jumper front. This was the first WA State jumper to feature a sponsor patch.
(Victoria were the first of the big three to break with tradition by adding a sponsor patch in 1986. Western Australia were next with this uniform in 1988, followed by South Australia in 1990).
- the sash on this jumper was slightly arched, compared to earlier designs that featured a straight sash.
1988 (July) WA vs Victoria
1988 (July) WAFL vs VFA
- a return to the classic gold jumper with a black swan positioned front and centre; the first time this design had been worn since 1957.
- the swan on this jumper was based on the 1952-63 design but was not identical. It lasted just a season with a new design being introduced in 1989. 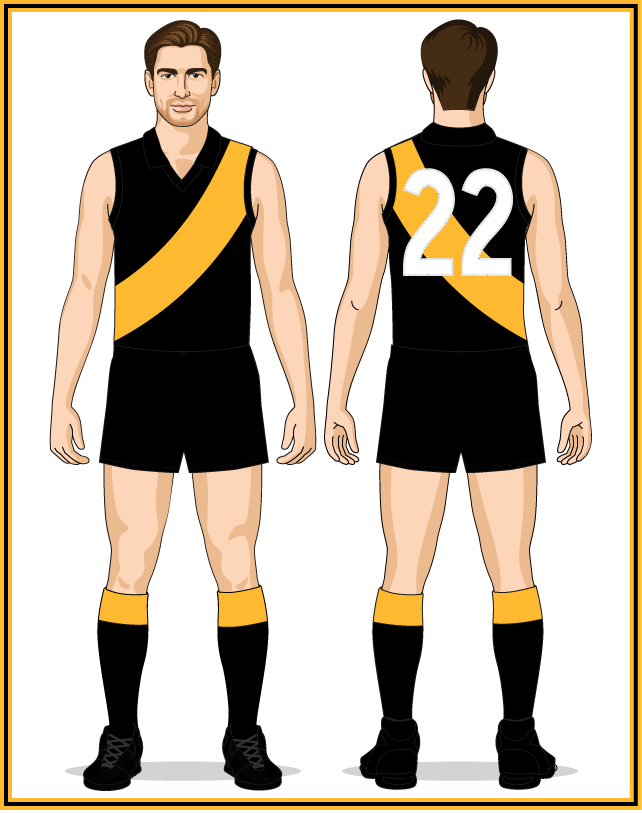 This uniform was supplied at short notice by Sekem for an end-of-season exhibition match against South Australia played in Vancouver, Canada.
The croweaters looked much sharper than the Western Australians, taking to the AstroTurf field in their official interstate uniforms. 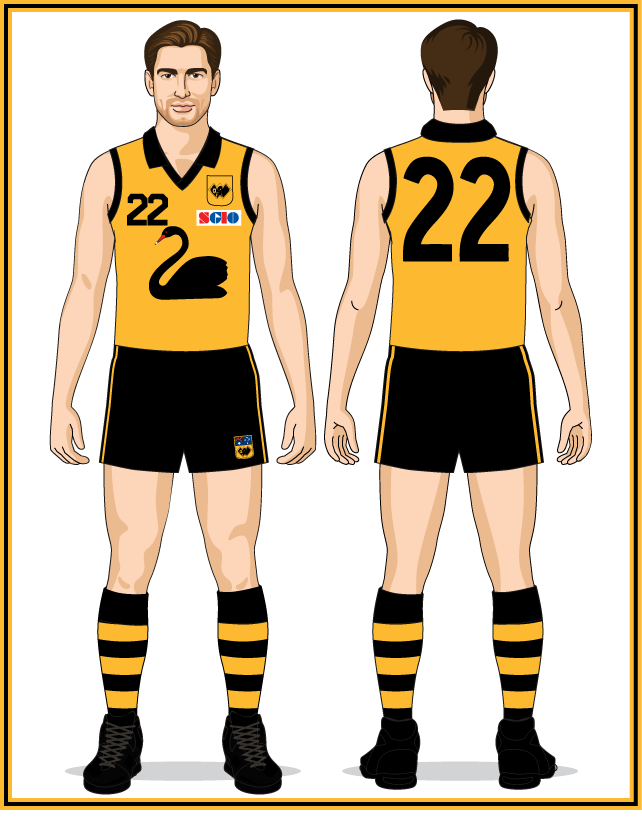 The one-off swan of 1988 was replaced by this version which was worn until 1993.